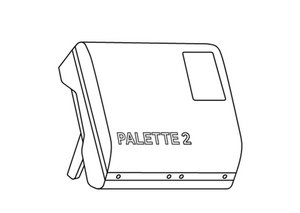 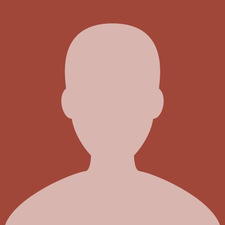 What are "Pinging" and "Ponging"? (Pauses on Transition Tower)

What are "Pinging" and "Ponging"? (Pauses on Transition Tower)

Palette must ensure the right filament shows up at the extruder/nozzle at the right time—but printing is not a perfect science. A number of factors can cause small differences between estimated filament usage (stated in GCode) and actual filament usage, such as:

When printing with only one filament, if a GCode file states that it will use 10 m of filament, but the printer actually uses 9.5 m, it is typically unnoticeable: the filament showing up in the print will be the same color/material regardless of where it is from in the spool. However, when creating precise multi-color and multi-material prints with Palette, an offset of 0.5 m would result in a failed print; the colors would all be incorrect.

With Palette 2, the scroll wheel is actually built into the unit, so there's no need to attach this to your printer physically. 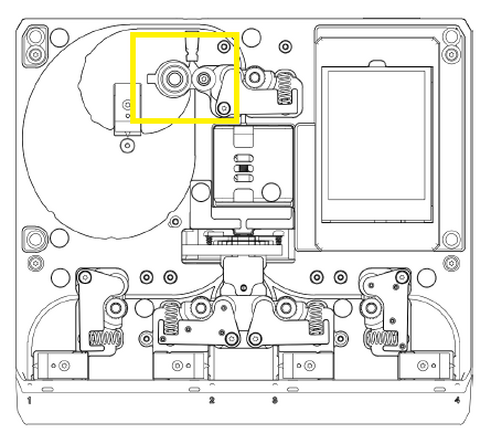 The Scroll Wheel uses its filament-measuring capabilities to record Pings.

Pinging (pauses on the Transition Tower)

A Ping is a checkpoint in a print. Palette knows how much filament a printer uses over time, but Palette needs clear checkpoints to understand how much filament the printer was supposed to use during this time. Pings are how a printer says: "Palette, I'm 3% of the way through the print. Now I'm at 7.5%. Now I'm at 11%." Every time a ping occurs, Palette compares how much filament has been used with how much the printer was supposed to use (in the GCode): "The printer sent us a Ping, which means we're 10% of the way through the print. We have used 5m of filament, but according to the .msf file from Chroma, we should have used 5.2m by now." Palette then uses this information to adjust future filament segment lengths. (We discuss Palette's corrective algorithms in detail in this blog post.)

If you find yourself wondering "why does the printer pause over the transition tower?", these are Pings. Pings (and transition/purge towers) are added to the GCode when the file is processed by Mosaic Chroma software. The Ping Signature is a set of unique and recognizable GCode commands that Palette identifies as a ping (using the Scroll Wheel). Currently, the Ping Signature is a 13-second pause, 20mm of extrusion, and then another 7-second pause, after which the print resumes. (We discuss how Palette detects pings in detail in this blog post.)

When Palette detects a Ping, it will compare the filament used with the amount expected, and will display this figure as the Ping Offset % on your screen. You can also see the last 10 ping values by going to Statistics > Ping Offsets during a print.

If you're using Palette 2 with a CANVAS Hub, we use something called Digital Pinging where CANVAS Hub feeds GCode to your printer and your Palette 2. It passes pings between the two so, instead of waiting for pauses (like in accessory mode), communication is instant. This digital pinging means that Palette 2 never misses a check-in.

Ponging (homing the Buffer Loop with the magnet)

While Pinging creates a feedback loop with the printer and handles discrepancies associated with printer extrusion, Ponging allows Palette to account for any discrepancies in its drive systems that may cause errors in how much filament Palette is producing.

In order to explain Ponging, we first need to explain the Buffer System.

When filament exits Palette/Palette+, it does so in a narrow PTFE tube. This smaller tube goes inside a larger PTFE tube that has a magnet. The tube with the larger diameter and the magnet slides over the smaller tube. This is the filament Buffer System. It allows Palette's filament production and a printer's filament consumption to be asynchronous (operate at different speeds).

However, Palette's filament production also has a small amount of error (typically ~0.1-0.2%). So, to keep its own filament production in check, it will periodically allow the magnet to retract all the way until it touches Palette's casing, where it will trigger a Hall effect sensor. This Hall sensor detects the presence of the magnet. We call this action homing the buffer loop, or ''Ponging.''

Ponging is like Palette's version of a 3D printer homing its axes. Some printers have homing sequences upon startup during which they may move the extruder to trigger some limit switches in its X, Y, and Z axes. This sort of a homing sequence helps a printer understand its extruder's absolute position (as opposed to a relative position). Similarly, when the magnet triggers Palette's Hall sensor, Palette recognizes the magnet's exact position, and can "home the buffer loop." (Palette's first iteration of ponging was an actual limit switch. More on ponging and homing the buffer loop in this blog post.)

With this information, Palette is better able to understand more precisely how much filament it has produced, and adjusts the future filament production to account for past inaccuracies.

Since Palette 2's scroll wheel is inside the unit, we no longer use a magnet and hall sensor, so ponging is initiated by a limit switch within the buffer area.

Palette uses the Scroll Wheel to record printers' filament consumption rates. It uses this, in conjunction with Pings (which are checkpoints that can be identified by the 2 pauses you might see when the extruder is over the Transition Tower), to make sure that the right filament shows up at the nozzle at the right time. Palette also uses the magnet and the series of overlapping tubes (together forming the Buffer System) to Pong, which helps Palette make sure its own filament production is accurate.

Together, these systems make sure your prints turn out looking great! 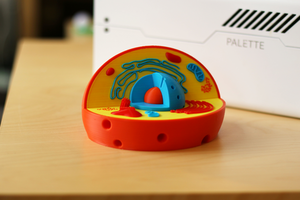 If you have any questions, don't hesitate to reach out at support@mosaicmfg.com.

Why does the pause need to happen when running in Accessory mode?

I mean the Palette isn’t even talking to the printer to make sure it’s got the right pings to pong back?

The pauses during Accessory more is the 'ping signature', which tells Palette to check for pings. Pings essentially are the comparison between the encoder wheel and the expected amount to be used based on the GCode.

It's actually one of the cool things about how the Palette keeps itself in check. Making sure the splice locations don't drift over the course of a print.

But as cool as it is, the pauses are a minor reason I wish I could run my P3 in a connected mode as the pings add up substantially slowing down prints.

Yeah but if running in not connected why does it need the pauses?

I simply cannot run this setup in USB mode due to the fact i can't babystep the nozzle apon starting.

@fishpig You shouldn't be seeing pauses if it's in connected mode. To clarify, it'll pause on the transition tower, extrude a bit, then pause again?

@jonnyyeu yeah i get that but WHY does it need to pause if the palette isn't connected to the printer to see the pauses?

Like what does the pause on the printer do for the palette?