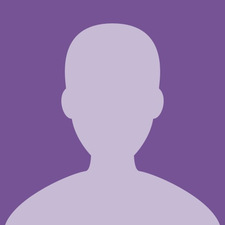 I recently updated my Project3D Railcore printer to RepRap V3, and ever since doing so I am unable to get the Palette 2s to print. I have my Palette hooked up to Octoprint. Octoprint version is the latest version, along with the Canvas, and Palette 2 plugins. Ever since updating to RepRap V3 when ever I try to run a Palette print I get this error on Octoprint “Your printer's firmware reported an error. Due to that OctoPrint will disconnect. Reported error: G0/G1: insufficient axes homed “, and the LCD on the printer says that the ‘Emergency Stop’ was triggered and then I’m unable to do anythign with the printer until I shut it off and back on again.

This happens at the beginning of every print that I try.

Thanks in advance for any suggestions or advice.

Hey @oldsalty3d, thanks for reaching out. This doesn’t look like it’s related to Palette or the Hub, but to the RepRap firmware. Do you get this error if you try to send a print without using Palette (just a GCode file from a single colour print)? We found this resource here that offers a solution to the Error: G0/G1: insufficient axes homed - hope that helps for now and let us know how it goes!

I just found out that putting G28 command in the Octoprint start gcode alone works also. The printer homes all axis before the Palette starts splicing any filament.

@alina THANK YOU, THANK YOU, THANK YOU!!!!! That helped BIG TIME! The new RepRap V3 firmware is detecting the Palette steppers as axis motors and gives the G0/G1 error. This error causes Octoprint to reset the printer and forces the failed print before it even starts. But the M564 H0 command turns off the ‘Forced Axis Homing’ feature of the RepRap firmware. And this allows the Palette to start splicing the filament before the printer homing happens in the start gcode of the print. Because as you know, the palette starts to do the initial splicing before the start gcode happens in the sliced print.

Hopefully, this information will help others as well.

Thanks again for being such a huge help!!