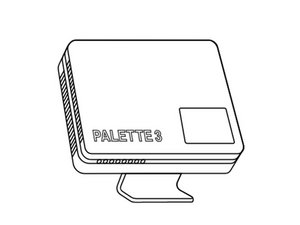 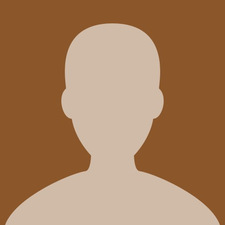 Pausing self in the middle of print

I’m new to the Palette scene with the P3P, and I’m having issues where mid print the print will pause itself until I pause and resume on canvas. Is there something I’m doing wrong?

Bumping, can’t get a good print out of this due to this problem. Ender 3 v2, will have to go pause and unpause several times in a 10 hour print leaving divots and overextrusion where it happens.

Please try the following steps and let us know if it fixes your issue!

So I have been trying to narrow down why my Ender 3 Pro & V2 pause mid print when using a Palette 3 Pro. I know Mosaic's suggested solution was to switch to the M400 clear buffer command in Canvas but that didn't help.

I switched to P2PP and it got a litter better but still happened randomly. Sometimes I felt like I was in a "good boot" of the Palette and things were running fine for 4 to 5 prints. Then I would just restart it to "clear" things again. But it was killing my workflow.

So I finally put aside some times to solve the issue and here is what I learned:

The M400 comments works... if used correctly? No one ever explains exactly how that is.

I added M400 to the start of my gcode and use the P2PP flag ;P2PP FINISH_MOVES_M400. But that wasn't enough. I was still getting pauses on small/short prints. In the end I had to "increase" my ping rate by lowering the Linear Ping Length. ;P2PP LINEARPINGLENGTH=250

I played a lot with Marlin 2 Firmware settings try to increase the RX/TX buffers but that never helped. All my printer's firmware are complied to have a Max Extrusion Length of 200. # define EXTRUDE_MAXLENGTH 200 So having the Linear Ping Length closer to 200 then the recommendation of 350 makes some sense.

I can't find any where that states if more pings are better/worse for the Palette, but this solved my issue.

If you use Canvas I'm not sure what to tell you. Try adding the M400 to the end of the Start Gcode, but ping distance increases over time (i.e. longer extrusion lengths) by default on a Palette.

I hope this helps.

Hi Stephen, thanks for reporting this our team.

We have heard of similar issues when printing with connected mode with USB, accessory mode printing seems to be unaffected by this issue.

Can you let us know the firmware versions on both Palette and your printer, and send a print file you used recently that displayed this behavior? You can send the print files to support@mosaicmfg.com

Absolutely, if you want to save me some google time let me know how to pull that information? I appreciate it.

Do we have any updates on this? It seems to be way better in connected mode than USB outside of this bug.

Is this just another of many features that won't be fixed?

Hi @sstephens my apologies for not getting back to you sooner here. It is strange because this is something we have seen on the Prusa Mini, but not the Ender 3 v2. Have you since updated to the latest firmware v21.12.21.0 on Palette (mm3d.co/p3-releases)?

Can you confirm that this online happens when printing with USB in connected, and not accessory?

Yes, I have been sure to run firmware update before every print. It does seem to be when USB is connected. Perhaps I will look into a firmware upgrade for my ender.

it´s a year gone and my p3p is STILL having always the same problems!!!!!

WHEN WILL IT BE FIXED?

maybe someone can explain this hint:

.....;P2PP FINISH_MOVES_M400. But that wasn't enough. I was still getting pauses on small/short prints. In the end I had to "increase" my ping rate by lowering the Linear Ping Length. ;P2PP LINEARPINGLENGTH=250

what to do where with this info!?!?

Where get more help about?

Put in gode by myself? is there way in canvas is can do?

is there other possibility to slice, because the broken prints or what i can even get until it stucks, are ugly as Hel.l

In the slicer is not much ability to change or set things , like prusa or cura

Hi Selim, the code you posted above is for P2PP. For Canvas, you would change the Clear Buffer Command to M400 under your Printer profile (Firmware tab).

trying my 15. print and every, I repeat EVERY Print stops mid printing! MOstly at the beginning, in the first layer, and then later on in other places.

if im not here to pause/resume immediately, it causes the printer to stop heating after a amount of time and loosing fixed homing position because of releasing steppers

if i manually reheat,wait 5minutes, that the blob melt, than i can resume the print. but its not perfekt, becaue my ender (also my other ender, the Winice and my two Sidewinder) has no secure position data an starts at that point where he is.

sometimes is ok, last test it printet the head of benchy onto the tower instead on model.

the Palette NEVER, i also repeat, NEVER EVER DOES Resume the print!!!

so im neither able to CALIBRATE something, becaus NO print has finished, even not good, but never!

i have the nevest firmware on ALL my PRinters and the Palette!

I ALSO gone Back to Stock Firmware´s to try, nothing! ITS allways the Palette that didn´t work with the Printers!

and also one of the annoying features , is "Cleaning" or finishing the Palette /after Print. WHY dont retract the filament?

let us cut or unload filament at the extruder and then rewind, instead of wasting so much filament. in my case on one printer because of bowden extruder and long outgoing tube is more than 120cm waste.

and the waste is the last, clear, unsliced amount of filament that is used!

THe Fan should ALWAYS BE OFF, only WHEN ITS NEED TO COOL, then turn on!

But instead you always only TURN OFF WHEN MELTING!

Could you please send us a log from your unit? mm3d.co/p3-logging

A picture of your printer/Palette setup or a video of the printing process would also be helpful.